Warren Buffett is one of the best investors of all time. Since 1965, Berkshire Hathaway (NYSE: BRK.A) (NYSE: BRK.B), the masterfully crafted conglomerate he helped build, has returned over 20% annually, creating fortunes for its shareowners along the way.

Berkshire’s public stock portfolio is thus closely watched by investors seeking to build lasting wealth in the stock market. Investing alongside great investors can be an excellent strategy for those seeking outsize returns. Here are Buffett’s largest stock holdings. 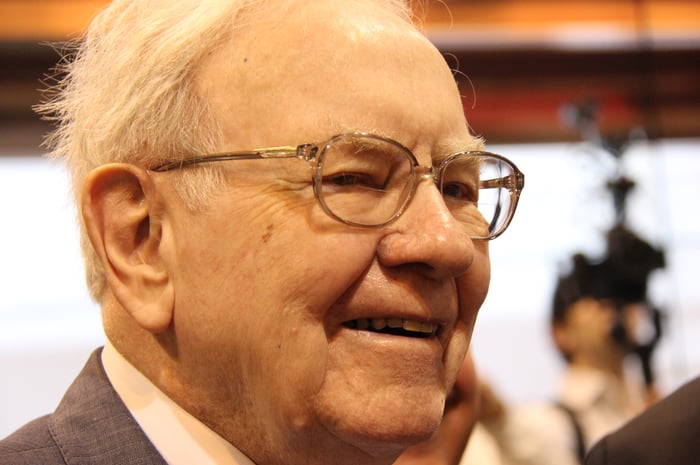 Buffett once called Apple (NASDAQ: AAPL) “probably the best business I know in the world.” That’s high praise from the master investor, who has become one of the richest people in the world by carefully identifying elite businesses with powerful competitive advantages.

It’s perhaps unsurprising, then, that Apple is Berkshire’s largest position by far. Buffett’s investment company owns more than 915 million shares of Apple that are currently valued at a staggering $142 billion.

Buffett values Apple’s beloved brand and sticky ecosystem. He has come to understand the iPhone’s central place in the lives of more than 1 billion people. Buffett also knows that once someone buys an iPhone, they tend to buy other Apple products and services and remain a loyal customer.

Bank of America (NYSE: BAC) is Berkshire’s second-largest holding and another Buffett favorite. BofA, as the company is often called, accounts for over 10% of Berkshire’s portfolio, a stake valued at roughly $35 billion.

Buffett thinks highly of CEO Brian Moynihan, who has helped to strengthen BofA’s operations following its near collapse during the Great Recession and financial crisis of 2007-2009. Since taking the helm on Jan. 1, 2010, Moynihan has prioritized risk management and a return to traditional banking fundamentals.

Although pandemic-related disruptions and a difficult macroeconomic backdrop have been challenging for BofA and other financial institutions, Buffett views the bank as a core, long-term holding. And over longer periods of time, top-tier banks tend to grow and profit along with the expansion of the overall economy.

To maximize its odds of success, BofA is cutting expenses in its traditional branch operations and investing aggressively in digital banking technology. This has positioned BofA to benefit from the boom in mobile banking and app-based transactions — and gain market share from its less tech-savvy rivals.

With Bank of America’s stock price down about 22% in 2022 due mostly to short-term recessionary fears, you currently have the opportunity to scoop up shares of this best-of-breed bank at a hefty discount.

The oil sector has recently become the apple of Buffett’s eye. It’s easy to see why. Energy stocks tend to perform well during inflationary times. And Chevron (NYSE: CVX) is particularly well positioned to profit from higher oil and gas prices.

The war in Ukraine is driving many countries in Europe and around the world to seek out new sources of dependable energy supplies. Chevron is working to meet this vital global need for energy by ramping up its production of oil and liquified natural gas.

The energy titan’s profits, in turn, are soaring. Chevron’s revenue surged 83% year over year to $68.8 billion in the second quarter, while its adjusted earnings rocketed 245% to $11.4 billion. Chevron is committed to passing on much of its profits to shareholders via a hefty dividend — its shares currently yield 3.5% — and stock buybacks.

These factors have no doubt contributed to Buffett’s decision to make Chevron Berkshire’s third-largest public stock holding. Berkshire owns more than 163 million shares of the oil and gas giant, a stake valued at nearly $27 billion.

10 stocks we like better than Chevron
When our award-winning analyst team has a stock tip, it can pay to listen. After all, the newsletter they have run for over a decade, Motley Fool Stock Advisor, has tripled the market.*

They just revealed what they believe are the ten best stocks for investors to buy right now… and Chevron wasn’t one of them! That’s right — they think these 10 stocks are even better buys.