AT&T (NYSE: T) and IBM (NYSE: IBM) both underwent dramatic transformations over the past year. AT&T divested DirecTV, merged WarnerMedia with Discovery to create Warner Bros. Discovery (NASDAQ: WBD) , and sold many of its non-core assets to prioritize the growth of its core telecom business. IBM spun off its sluggish managed IT services unit as Kyndryl (NYSE: KD) and focused on expanding its higher-growth hybrid cloud and AI services instead.

Both companies billed those transformations as fresh beginnings for their aging, cluttered, and slow-growth businesses. However, IBM’s stock has only risen 5% since it closed its spin-off of Kyndryl last November. AT&T’s stock has declined about 15% since it spun off its WBD shares this April. 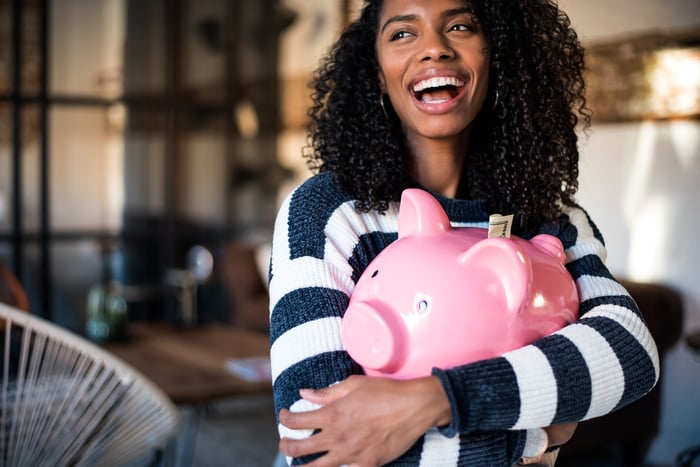 Those post-spinoff returns were disappointing, but AT&T and IBM both trade at dirt-cheap valuations and pay high dividends. Could those strengths make them compelling bear market buys as rising rates rattle the markets?

AT&T expects its total revenue to rise by the low-single digits this year. Within that total, its expects its wireless service revenue (which accounted for 51% of its top line last quarter) to increase 4%-5%.

That’s significantly lower than Verizon‘s (NYSE: VZ) projected growth of 8.5%-9.5% in wireless service revenue this year. Verizon also ranks first in the domestic wireless market in terms of total subscribers, followed by T-Mobile and then AT&T. It’s generally a red flag when the underdog is growing at a slower clip than the market leader. However, AT&T still expects its broadband revenue — which includes its Fiber segment — to grow more than 6% for the full year.

Those two core businesses look stable, but AT&T’s total operating and adjusted EBITDA (earnings before interest, taxes, depreciation, and amortization) margins both declined year-over-year last quarter as it ramped up the expansion of its 5G networks and recognized a higher mix of revenue from its lower-margin business wireline division.

Analysts expect IBM’s revenue to rise nearly 5% this year. That stable growth should mainly driven by Red Hat, the open source software developer it acquired in 2019, and its other cloud-based services.

Instead of going head-to-head against Amazon, Microsoft, and Alphabet‘s Google in the crowded public cloud infrastructure market, IBM believes it can carve out a niche in “hybrid” cloud services, which link private on-site clouds to public cloud platforms. It also plans to help companies analyze all of that data with open source AI services.

That plan seems sound, but IBM’s consulting and infrastructure gross margins still declined year-over-year in the first half of the year as it grappled with higher labor and component costs. It also slightly reduced its full-year FCF forecast from $10.0-$10.5 billion to $10 billion in the second quarter. That should still easily cover its estimated dividend payments of $6 billion this year. Analysts expect its adjusted EPS to increase 18% for the full year.

The valuations and verdict

AT&T trades at just seven times forward earnings and pays a forward dividend yield of 6.7%. IBM trades at a higher forward price-to-earnings ratio of 13, while paying a lower forward yield of 5.2%.

AT&T’s stock might seem cheaper, but it’s also growing at a slower rate than IBM. AT&T’s margins could also continue to decline as it faces tough direct competition from Verizon and T-Mobile in the crowded wireless market. IBM’s focus on the smaller hybrid cloud niche could help it avoid comparable clashes with Amazon, Microsoft, and Google.

I’m not a big fan of either stock right now, but IBM clearly seems like a more well-balanced dividend play than AT&T. Meanwhile, AT&T won’t impress the bulls again until it generates stronger FCF and earnings growth again.

10 stocks we like better than AT&T
When our award-winning analyst team has a stock tip, it can pay to listen. After all, the newsletter they have run for over a decade, Motley Fool Stock Advisor, has tripled the market.*

They just revealed what they believe are the ten best stocks for investors to buy right now… and AT&T wasn’t one of them! That’s right — they think these 10 stocks are even better buys.