Last week, Nvidia (NASDAQ: NVDA) unveiled its new RTX graphics chips based on its “Lovelace” architecture. The chips have some impressive performance metrics, making an exciting leap forward in performance over the prior Ampere generation.

CEO Jensen Huang fielded questions from concerned consumers at the conference, defending the new price, given Lovelace’s high-performance specs. But Huang also pointed to a more troubling reason for the high price — and it could have adverse consequences for the broader technology sector, the economy, and the stock market.

For those who don’t know, Moore’s Law is named after former Intel (NASDAQ: INTC) co-founder Gordon Moore, who posited that the number of transistors chipmakers can fit onto a silicon wafer doubles every 12 to 18 months. The result is that chips either become twice as powerful for the same price or equally as powerful for half the cost every one to two years.

But these days, the cost to produce more powerful chips is going up. While the short term has seen lots of inflation due to rising material and freight costs, as it has for many other goods throughout the economy, this is, theoretically, a temporary and fixable phenomenon.

But the semiconductor sector is experiencing another factor that makes this cost inflation perhaps more permanent.

It comes down to physics. Chipmakers have miraculously been able to pack transistors just four nanometers apart in this year’s most advanced chips, including the Lovelace GPUs. In the years ahead, they could be three, two, or maybe even one nanometer apart.

However, as transistor densities have increased and the space between transistors gets smaller and smaller, it has become more and more challenging to pack all those transistors in cost-effectively. Chip manufacturing is complicated, and the more densely packed a chip is, the tougher it is to produce without imperfections.

That’s why Intel has had a difficult time in the last few years, even losing its process lead, starting with its 10nm chip a few years ago. That is driving up the capital intensity of chipmaking while also lengthening the time a wafer must go through all process steps.

Basically, as transistor distances run up against the laws of physics and the capabilities of today’s semiconductor production tools, the process is getting harder. And a harder process is a more expensive process. 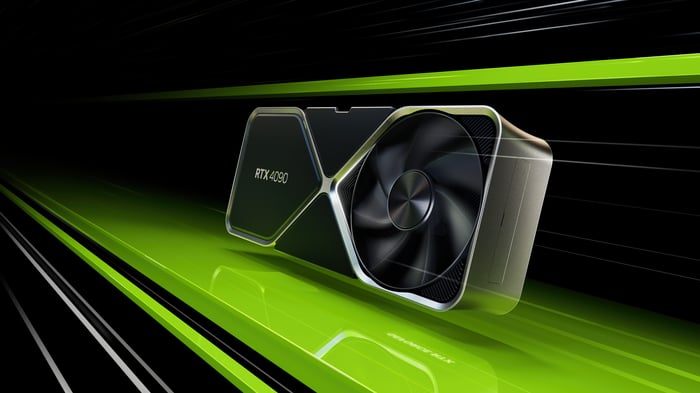 Implications for semiconductors and the economy

Obviously, we are living in a period of disconcerting inflation after many years of low and stable inflation. Besides globalization, a key factor that has helped put a lid on inflation is the effect of technology. As technology progresses, it becomes a deflationary force, enabling businesses and customers to be more efficient.

But that disinflationary force is largely predicated on Moore’s Law, in which computing power becomes cheaper every year. Thus, if Moore’s Law is truly “dead,” that could take away a key helper in limiting inflation.

Recently, markets have been in turmoil as inflation coming out of the pandemic has skyrocketed. Its persistence is now forcing central banks to tighten their policies very quickly, sending stocks plummeting. And with developed economies now bringing some manufacturing back to their own countries from lower-cost countries due to geopolitical concerns — especially in the chip sector — that’s another deflationary force that’s going away.

If Moore’s Law just so happens to be slowing down at the same time, the helpful effects of technology-enabled efficiency could be going away, too. That could mean more inflation, higher interest rates, and lower valuations for stocks and bonds.

While Moore’s Law may be “dead” in that it suggests a doubling of power performance every year, Nvidia’s Lovelace chips offer superior price performance to the prior Ampere generation. Recent specs place Lovelace’s processing capability per unit of power between two and four times that of the prior generation.

So, with the 4080 chips priced between 28% and 72% more than Ampere and the 4090 priced 130% more than Ampere, customers are still getting more value per dollar spent on these chips — the relative improvements just aren’t doubling with each generation. But it’s still an improvement on a per-dollar basis.

In addition to packing more transistors onto each wafer, chipmakers are also developing new techniques — like using new materials, such as the more conductive cobalt over traditional copper wire — to improve performance. Another way is through advanced packaging techniques that shorten the distance between chips or parts of a chip, which can also help boost power performance beyond the transistor count. In fact, current Intel CEO Pat Gelsinger believes that new “chiplet” architectures closely packaged can continue extending Moore’s law, apparently in disagreement with Huang.

So the disinflationary forces of technology are still here. However, investors should realize this helpful disinflation may occur more slowly now. Your PC, mobile device, or, in Nvidia’s case, graphics card should still become more powerful each year — but maybe you shouldn’t expect a huge leap every two years or to pay the same price for twice the power.

Missed Out on Nvidia? My Best Chip Stock to Buy and Hold

1 Growth Stock Set to Soar 145% From Its 52-Week Low, According to Wall Street