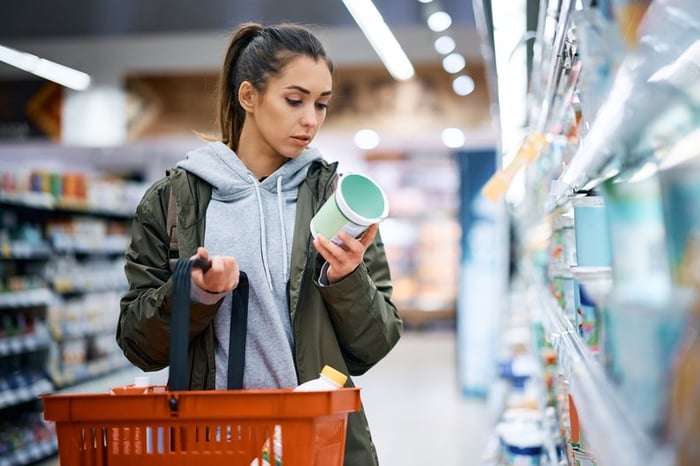 As someone who shops at Costco on a weekly basis, I can say with certainty that some items are pretty much a mainstay. I’m talking about things like milk, salad mixes, fruit bowls, paper towels, and a range of household cleaners.

But Costco is also known for its rotating seasonal items. During the holidays, you’ll find Christmas decorations, gift baskets, and a wider selection of toys and games. And during the summer, you’ll commonly see things like beach towels, swimsuits, and swimming pool accessories.

More: These 0% intro APR credit cards made our best-of list

Since I happen to be a fan of all things fall-related, one of my favorite times to shop at Costco is mid-September through early October. In the past, I’ve gotten everything from lawn decorations to cozy fleece sweatshirts that take the chill out of hiking on a cold October morning. In fact, I generally make a point to look out for these items a few weeks ahead of fall, since that’s when they tend to arrive in stock.

But so far this year, I haven’t been too impressed with Costco’s autumn offerings. For example, most years, Costco has a number of Halloween costumes for my kids to choose from. This year, the pickings were so slim we resorted to ordering costumes elsewhere (and paying more).

Of course, there’s still time to go before autumn is over. But I can’t help but wonder whether Costco’s selection will fall short this year.

Supply chain issues could be a problem

Last year, many people had trouble stocking up on holiday gifts because supply chains slowed down due the pandemic. This year, supply chains don’t seem as battered, but they also haven’t fully recovered. And that means some retailers, including Costco, may not have the same selection of seasonal items their customers have come to expect.

What’s more, inflation has been driving up the cost of goods, which is affecting most people’s personal finances. And that’s something Costco may be particularly sensitive to.

Costco prides itself on affordable price points. If it can’t sell seasonal items at a reasonable price, it may opt not to stock them for fear of turning customers off. And I have a feeling that’s part of the reason I’m not seeing my usual range of fall products.

Will fall inventory pick up?

Since we’re not even in October, it’s fair to say that Costco’s fall inventory selection could increase in the coming weeks. But we may not see the same selection we’ve had in years past.

That’s not necessarily a bad thing, though — at least not for me. Since I’m what you might call fall-obsessed, I tend to go overboard in that particular spending category. So if Costco doesn’t offer up a more extensive fall lineup, it means that I may not run up quite as large a credit card tab as I normally would this time of year.

Granted, I may opt to take some of that savings and splurge on some pumpkin spice lattes instead. Because when you’re a fan of fall like I am, you do what you can to savor the season before winter arrives.

If you’re using the wrong credit or debit card, it could be costing you serious money. Our expert loves this top pick, which features a 0% intro APR until nearly 2024, an insane cash back rate of up to 5%, and all somehow for no annual fee.

In fact, this card is so good that our expert even uses it personally. Click here to read our full review for free and apply in just 2 minutes.

We’re firm believers in the Golden Rule, which is why editorial opinions are ours alone and have not been previously reviewed, approved, or endorsed by included advertisers.
The Ascent does not cover all offers on the market. Editorial content from The Ascent is separate from The Motley Fool editorial content and is created by a different analyst team.Maurie Backman has no position in any of the stocks mentioned. The Motley Fool has positions in and recommends Costco Wholesale. The Motley Fool has a disclosure policy.

How Much Does It Cost To Retire in the Hamptons?